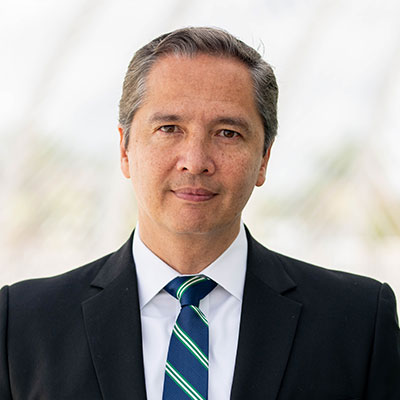 He was a clinical associate professor at the University of Texas and a tenured associate professor at Baruch. At Baruch, Corpus was chair of his department’s faculty appointment and promotions committee, co-chair with the provost on the college’s Task Force on Academic Integrity, and was awarded the 2009 Faculty Service Award by the Baruch College Alumni Association. He was a Hispanic Association for Colleges and Universities Leadership Fellow in 2005 and an AASCU MLI Leadership Fellow in 2009.

Corpus has completed the Certificate Program on Negotiation for Senior Executives at Harvard Law and a certificate in executive leadership from SUNY.