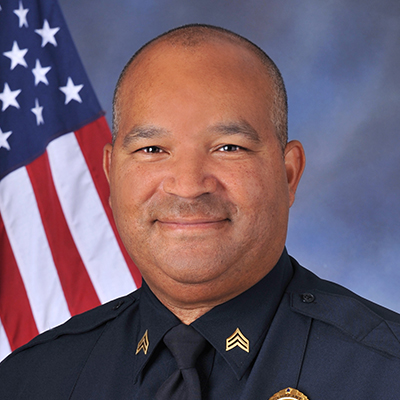 Officer David Last is a military veteran and retired deputy with the Polk County Sheriff’s Office.

He served in the United States Air Force for nine years, rising to the rank of Staff Sergeant (E-5). In 1995, he moved to the reserves prior to being honorably discharged. That same year, he joined the Polk County Sheriff’s Office as a deputy, working for the Department for nearly two decades.

During his tenure with the Sheriff’s Office, he served in patrol, community-oriented policing, and then investigations for 16 years. His investigations experience includes General Crimes, Sexual Abuse, Child Abuse, Exploitation of Elderly, Missing Persons, and Robbery/Homicide Investigations.