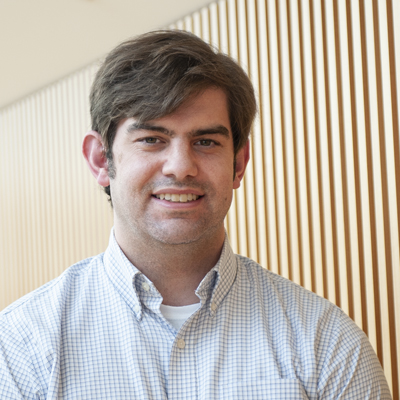 Dr. Jared Bunn has been a faculty member at Florida Poly since 2014. Bunn studied coarse geometry – a subfield of topology—while earning his doctorate at the University of Tennessee-Knoxville. Afterward, he spent two years at Truman College, one of the City Colleges of Chicago, as an instructor of mathematics. Following a brief stint at St. Petersburg College and Eckerd College, Bunn joined the inaugural faculty at Florida Poly in 2014.

During his time at the University, Bunn has taught 98 credits across six different mathematics courses. He also organized the first academic conference at Florida Poly in fall 2015, called the annual Mathematics Association of America Suncoast Conference.

He served as chair of the math faculty hiring committee for 2016 and 2017 and led the math club in organizing the first two Integral Bees at Florida Poly. Bunn served as the first chair of the Applied Mathematics department from January 2018 through August 2021.