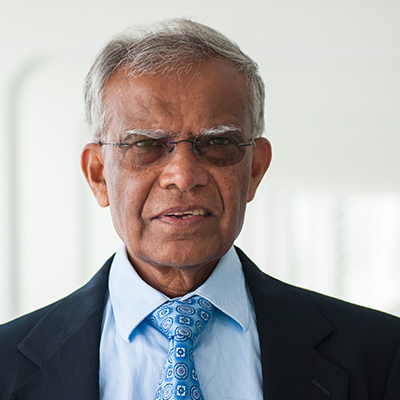 Dr. Muhammad Rashid is a professor in the departments of electrical and computer engineering at Florida Poly.

Rashid is actively involved in teaching, researching, and lecturing in electronics, power electronics, and professional ethics. He has published 22 books listed in the U.S. Library of Congress and more than 160 technical papers. His books are adopted as textbooks all over the world. His book, “Power Electronics” has translations in Spanish, Portuguese, Indonesian, Korean, Italian, Chinese, Persian, and Indian. His book, “Microelectronics” has translations in Spanish in Mexico and in Spain, Italian, and Chinese.

He serves as the editorial advisor of Electric Power and Energy with Elsevier Publishing and is a series editor of Energy Systems in Electrical Engineering with Springer Publishing. He lectures and conducts workshops on outcome-based education (OBE) and its implementations including assessments.