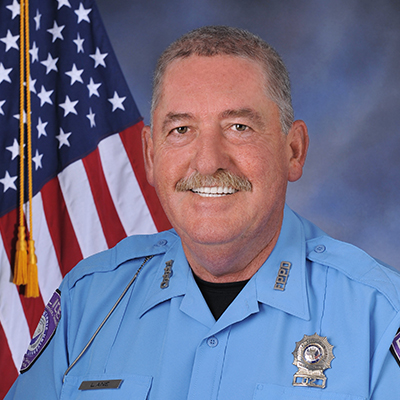 Officer John Lane is a lifelong Florida resident and native of Tampa. He worked as a mason for 26 years and as a pipe fitter for five years before his retirement. He then began a second career in private security, working as a security officer for nearly three years in areas involving access control and monitoring surveillance cameras, including with the Southwest Florida Water Management District in Bartow, overseeing daily security operations.

Officer Lane has been married for 31 years and has twin daughters and five grandchildren. He says that he “looks forward to growing with Florida Polytechnic University and seeing it reach its potential of being one of the finest universities in the State of Florida.”