LAKELAND, Fla. – A group of Florida Polytechnic University students and a faculty member are working on research funded by a North Atlantic Treaty Organization (NATO) grant aimed at streamlining the manufacturing and efficiency of handheld radiation detectors, which could be used at nuclear sites as well as for border patrol.

“Radiation detection plays an invaluable role in confirming that nations around the world are complying with international nuclear agreements,” said Robert Austin, an instructor of physics at Florida Poly who was awarded the grant. “One of the workhorses of radiation detection and characterization is the gas-filled ionization detector. For optimum performance, the design of these detectors must compromise between conflicting requirements on pressure containment and transparency to radiation.”

Through the grant, funded by NATO Science for Peace and Security Programme, the team was able to purchase a special 3D printer that uniquely allows the printing of plastic reinforced with continuous carbon fiber. These carbon fiber shells will be used with other components of the detector being developed, under the same grant, at the Kharkov Institute of Physics and Technology in Ukraine.

“The strength of carbon fiber and its transparency to high-energy electromagnetic radiation should allow us to make significant improvements in ionization detector efficiency and portability, which will improve international organizations’ ability to regulate the development of nuclear power and weaponry,” said Austin, who is overseeing the first of two years of research associated with the project.

Larson said the specialized 3D printer is critical to the project.

Austin, who has an extensive background in detector physics, said having the mechanical engineering students coming up with solutions has been very helpful.

“They’re very much self-directed. I can set them off on their own, and they come up with their own solutions and approaches,” he said. “We have student researchers working with a great deal of independence on a project that enhances the security of our country and other countries.”

We’re doing a lot at Florida Poly where there’s crossover between different disciplines, and that’s usually where the innovation is,” Austin added. Preliminary tests of model calculations have been performed using thin shells of nylon (translucent shells) and onyx (black shells), which is nylon loaded with chopped carbon fiber. The photo also shows aluminum vessels that were pressure tested with and without the reinforcing shells. In the back is a PVC pressure vessel that ruptured under testing. 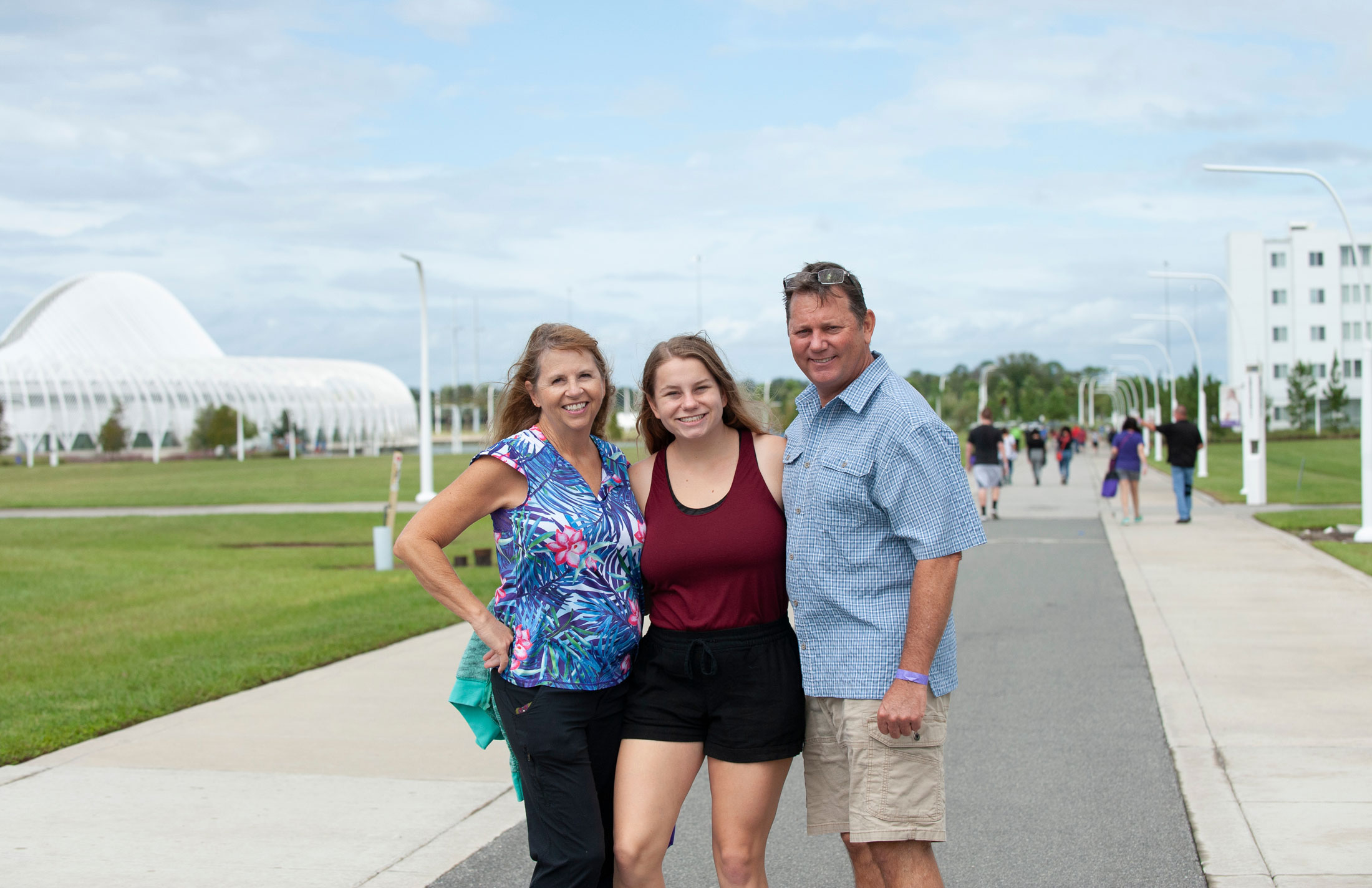