Sgt. Leonard reflects on her military career this Veterans Day

As a teen growing up in Brooklyn, New York, Florida Polytechnic University Police Sgt. Jeannette Leonard knew military service was her way to a better future.

“I saw the same people standing on the corners and selling drugs in our parks day in and day out,” she said. “I never saw any upward movement with anyone and I didn’t want to be in that environment.”

Leonard joined the U.S. Air Force, determined to change the trajectory of her life while serving the country she loves. She left for boot camp on March 27, 1997.

“Most of us were scared out of our minds; it’s very humbling,” she said. “You’re broken down, but that’s the purpose of basic training.”

Leonard served in health administration for the military, working to maintain medical records. She was discharged, started a family, and soon reenlisted. Leonard was testing to become a sergeant when the terrorist attacks on the United States occurred on Sept. 11, 2001.

“Everybody had readiness on their mind. Everybody had their go bag,” she said. “I was single with a 2-year-old and called my mom and said, ‘I don’t know how you’re going to get here, but you need to get here so you can take Taliah back home with you.’”

Although Leonard’s deployment was ultimately canceled as she awaited departure in New Jersey, she is aware of the strain wartime deployments placed on the nation’s entire military and mindful that some were asked to do so much more.

“You kind of grow up and you have a higher sense of responsibility,” she said.

After Leonard’s second discharge in 2006, she moved to Winter Haven, Florida, and joined the Polk County Sheriff’s Office.

“I wanted to be a cop since I was a child. I had a lot of family turmoil and didn’t see anybody there to help,” she said. “When you’re a little girl, you can’t really do anything because you don’t have the power or the strength, and you’re just witnessing things and wondering where the help is.

Leonard joined the Florida Poly Police Department in 2017. As part of her duties, she leads women’s self-defense classes, befriends students and employees, and works to create a positive and safe campus environment – something vastly different from her work as a homicide detective.

“This is very much community policing and it’s very cool to strike up conversations with students and staff,” she said. “We still are law enforcement and think about worst-case scenarios, but we have to be present. It’s a different animal.”

It’s been a pleasant change in pace and focus for Leonard, and she said she welcomes the opportunity to continue her lifelong calling to serve.

“I’ve always been of the mindset that you do what you put your mind to,” she said. “I wouldn’t change a thing.” 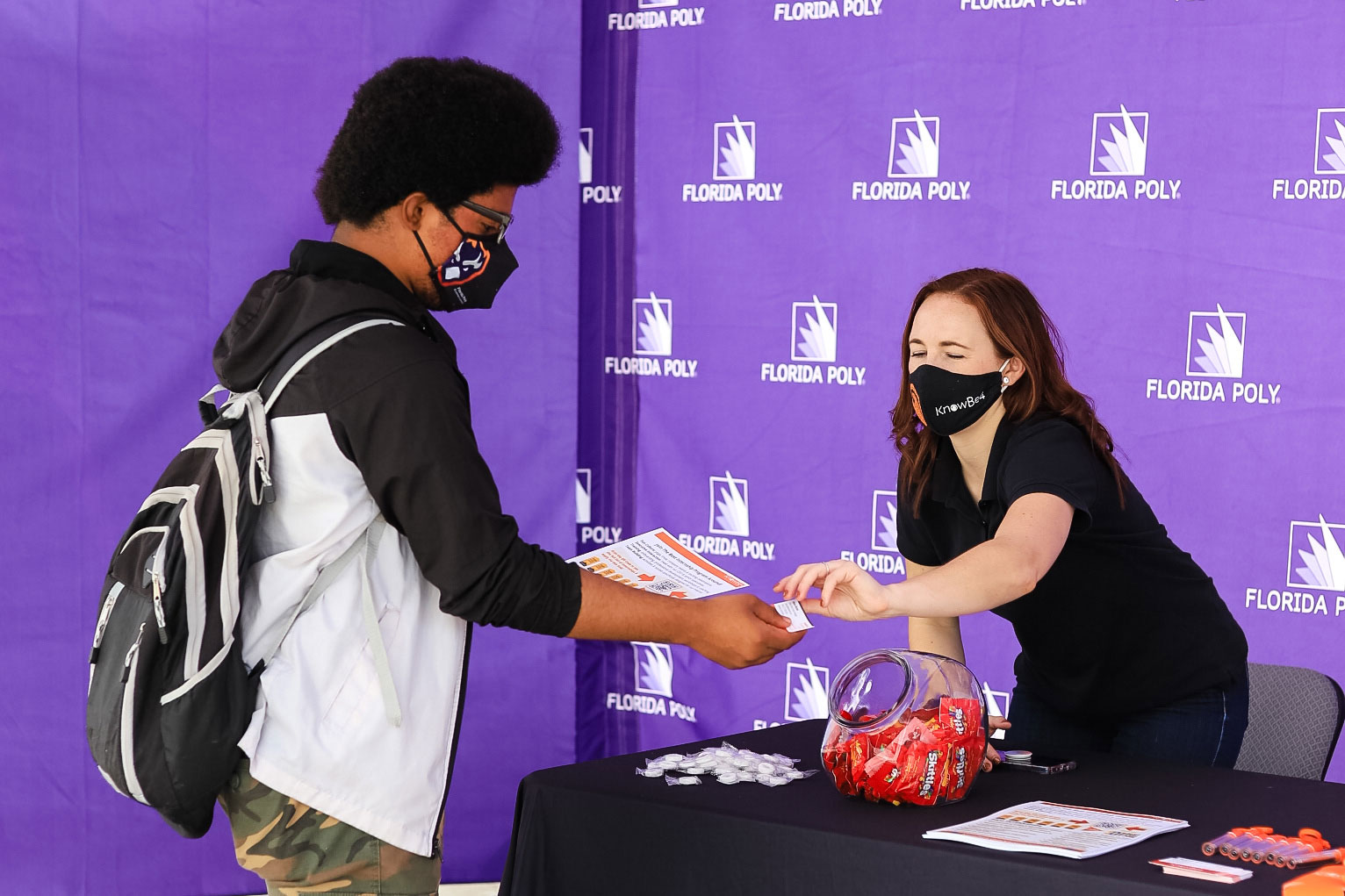