The Florida Poly Pi Run has been held every year since 2014 on the Saturday closest to March 14 and is open to the community. 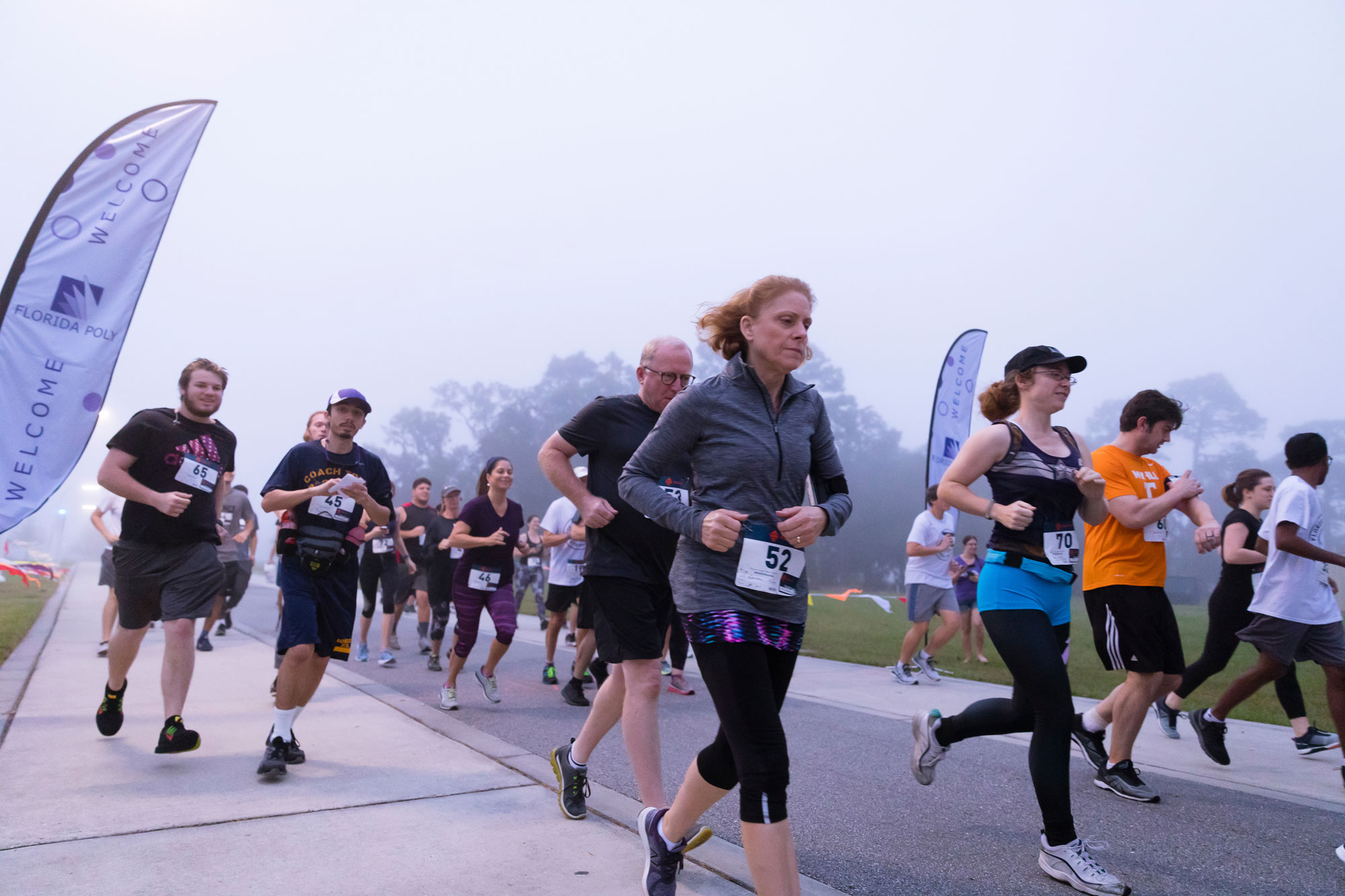 Participation has steadily grown to more than 100 faculty, staff, students, and community members. The 3.14 mile course winds its way throughout Florida Poly’s campus in Lakeland. At the end of the race, all runners get to enjoy a piece of pie.

In its basic form, Pi is the 16th letter of the Greek alphabet. It’s also known as the ratio of a circle’s circumference to its diameter – one of the most famous and universally used constants in mathematics. Thanks to the Greek mathematician, Archimedes, we know pi as that infinite decimal rounded to 3.14.

This is a significant part of our University culture. Students came up with the idea, and students have been instrumental in growing it into what it is today.
Tonya Chestnut, Director of Student Development