LAKELAND, Fla. – The Combat Robotics Division of Florida Polytechnic University’s Purple Fire Robotics club is ready for a challenge unlike any it has ever faced.

The team is preparing to pack up its champion robots and travel nearly 9,000 miles to prove their mettle at Techfest, a renowned robot fighting event hosted by the Indian Institute of Technology Bombay (IIT) in Mumbai, India.

“I am absolutely up for it,” said senior Jacob Rogers, the team’s captain. “I’m ready to put my money where my mouth is.”

He acknowledges that travel restrictions due to COVID-19 may derail their plans, but the team is pressing on in case its dreams of international combat robotics glory have a shot at becoming reality.

Rogers is a business analytics major who has participated in combat robotics for many years, including as a pit crew member for elite fighting robots. He said the all-expense paid invitation for his team to compete in January 2021 was the result of strong competition finishes, hard work, good social media exposure, and a little luck.

“The Indian community is very strong within combat robotics and every once in a while, I would have a conversation with different team members from different Indian teams and I developed a rapport with some of them, including the captain of the IIT team,” Rogers said. “He mentioned that they started a new 8 kg weight class, which is right about the same class as our two championship robots.”

Rogers said he had no idea the conversation was the first step on the team’s path to Mumbai and a competition that regularly draws participants from as far as China, Brazil, and New Zealand.

Rogers was soon invited to participate in an Instagram Live video with the IIT team and was asked to be especially charismatic – a task he gamely accepted.

“I was like, ‘Oh, yeah, I think that’s no problem for us. We did really well in our last tournament and if we went out there I think you’d be looking at a new champion from the US,’” said Rogers, a graduate of Bishop Snyder High School in Jacksonville, Florida.

The digital audience loved the performance and the team was invited to stand behind the bravado by competing in Techfest 2021. Their robots, Themis and Hyperion, will attempt to flip, smash, crash, sweep, and crush the competition.

“I think that based on the design of our robot we will be able to outreach theirs,” Rogers said. “Themis is a good matchup because it has plenty of reach against their robot, and honestly, even as our second-best robot it could beat their champion.”

“It’s a great feeling knowing that we have the opportunity to compete on a stage like this, halfway across the world,” said Kauffman, a graduate of Braden River High School in Bradenton, Florida. “It shows that we have created a team that is recognizable to competitors and fans all over the world.” 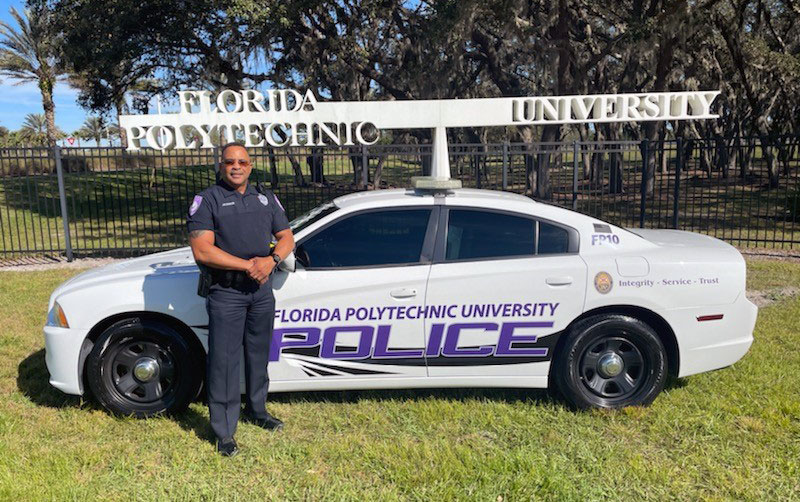